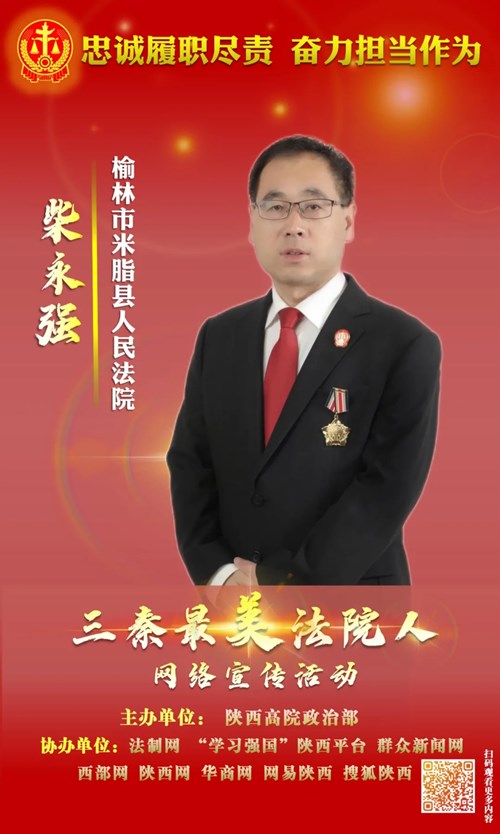 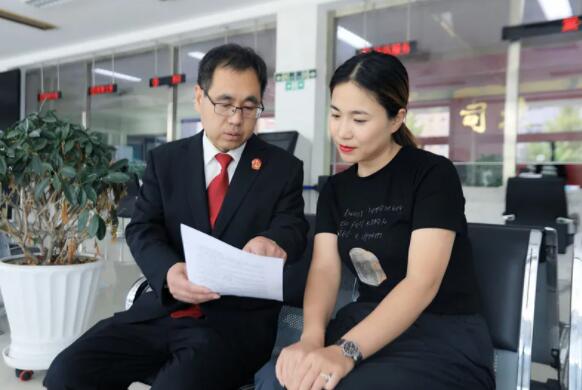 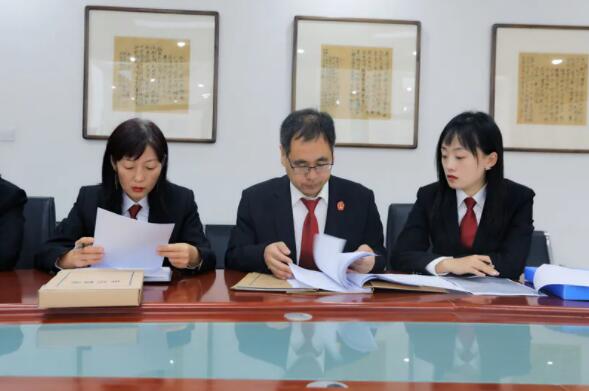 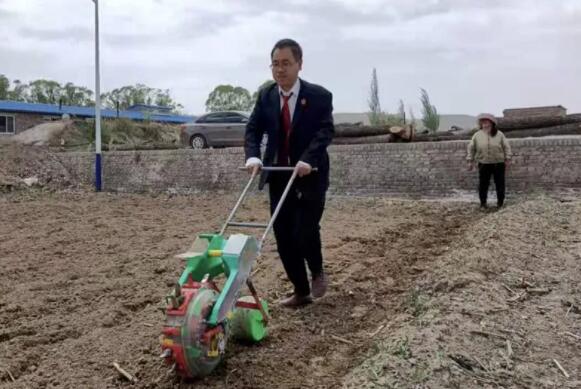 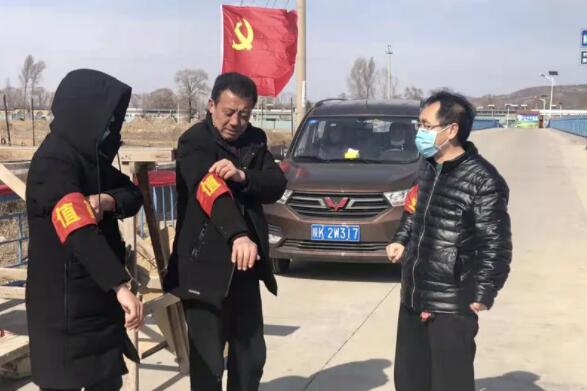 XI'AN, Sept. 27 (Xinhua) -- Su Bingtian from Guangdong Province clocked 9.95 seconds to win the men's 100m final at the 14th National Games last Tuesday, but it took him 12 years to collect his first gold medal from his fourth appearance in the national sports extravaganza.

Su, who lowered the Asian 100m record to 9.83 seconds at the Tokyo Olympics last month, became the first athlete to break the 10-second barrier in the 62-year history of the Games.

As one of the most striking sports in the world, track and field has been featuring in the competition agenda since the inaugural Games in 1959, and producing world-caliber stars to the cheers of the fans both at home and abroad, such as high jumper Zhu Jianhua and hurdler Liu Xiang, both former world record holders.

At the 5th National Games in 1983, Zhu, a Shanghai native, cleared 2.37 meters to break the world record of the men's high jump in the Games qualification on June 11, and bettered it to 2.38 meters three months later in the final.

It was exactly the same year when Liu, an icon in the Chinese sprint, was born in Shanghai.

Unlike the traditional sport of athletics, rules and events have changed many times in the National Games, representing a snapshot of the times.

At the first National Games, there were 36 competitions, including radio transmitting and receiving, sailing, marine modeling, aircraft parachuting, and aero modeling.

More than 10,000 athletes from 29 delegations competed in the first tournament for the most valued sports accolade since the founding of the People's Republic of China, witnessing four world records broken during that Games.

Zheng Fengrong became the first Chinese female athlete to break a world record. She cleared 1.77 meters to beat the 1.76-meter mark set up by American Mildred McDaniel in the 1956 Melbourne Olympics, remembering the feeling of standing on the Games podium for the first time with her heart still pumping in excitement.

"I broke an American athlete's world record on November 17, 1957. I was the winner of the high jump and triathlon in the first National Games," the 84-year-old recalled.

"The participants in the Games were all students, workers, peasants and soldiers. Although the conditions were harsh and the environment was very plain, we had only one thing in our minds at the time: to win honor for our country," Zheng added.

After China was reinstated to the Olympic family in 1979, the events and rules of the National Games were adjusted in order to better match those of the Olympic Games.

Nowadays, "[2024] Paris Olympic events have been added to the 14th National Games, such as skateboarding, rock climbing, surfing and breakdancing," said Liu Guoyong, director of the Competition and Training Department of General Administration of Sport of China.

Apart from being a core stage for athletes, the National Games has also taken steps to seeking a balance between competitive events and the promotion of mass sports during recent years in order to keep in line with the Fitness-for-All national program to improve the health of the public.

Grassroot enthusiasm for sports was echoed throughout the 2008 Beijing Olympics which opened on August 8, the day that was named China's National Fitness Day one year later.

In 2017, mass sports were officially included in the 13th National Games competition agenda, enabling the ordinary people to march onto the national stage to realize their sporting dreams.

The 14th National Games has provided the public an even wider and larger stage with more events, with more than 10,000 people from all walks of life participating.

Undergraduates from sports universities and members of sporting clubs have received their first tickets to the Games, which further enrich the pool of sporting talents for international competitions in the future.

"For the first time, boccia has been included to the mass sport competition at the Games. This can be a milestone in the development of the sport in China," said Yang Jianshe, deputy director of the Boccia Competition Committee at the 14th National Games.

Despite the effect of the COVID-19 pandemic, 53 Games venues have been completed on schedule by June 2020, including 30 new ones. These competition venues, which account for approximately 1.4 million square meters of floor space, are spread across 13 competition zones in Shaanxi Province.

The Xi'an Olympic Sports Center, recently certified as a Level 1 venue by the World Athletics, was the stage for the opening and closing ceremonies and also hosted the track and field events of the Games.

Shaanxi has taken the National Games as an opportunity to make up for its deficiencies in sporting infrastructure and to better provide the public with sporting spaces after the Games.

As the centerpiece of the Games, the sports center will be open to the public with a combination of paid and free access, and locals will be guaranteed a "super stadium" view.

"There is an increasing number of sporting venues around us, and all of them are surrounded by a beautiful landscape, equipped with quality facilities and competitively priced," said Liu Ying, a Xi'an native doing physical exercises every day.

To provide a verdant cycling route for the public, the ecological and historical resources of the Qinling Mountains have been utilized to build a network of greenways.

"It's a good environment to cycle in, and the view of mountains and river is elegant," said cycling enthusiast Zhang Tao.

Inspired by the national fitness strategy, several major sporting and fitness-related projects have been launched in Shaanxi. A total of 628 football pitches, 87 county-level public sports venues, 81 sports parks, fitness trails and multi-functional fitness venues have been built across the province.

Before 1983, the Games had been hosted only in Beijing, and until the 10th Games in 2005, it was only Beijing, Shanghai and Guangdong who took turns in hosting the Games.

As the reform and opening-up policy deepened, China's economy has been thriving and many provinces and cities become capable of hosting major sports games.

Hosted in central and western China for the first time, the 14th National Games is regarded as an opportunity for Shaanxi to promote its development and strengthen its infrastructure.

With changes taking place in almost every area, the Games is just the epitome of the rapid development of western China.

And athletes from across the world will also have their own glimpses through the upcoming World Universiade 2022 in Chengdu, the capital city of southwest Sichuan Province.

The 15th National Games will return to Guangdong in 2025, but this time the southern province is to be joined by Hong Kong and Macao, marking the first time that the two Special Administrative Regions will also become hosts of the Games.

Some participants from Hong Kong and Macao are looking forward to the 15th National Games with four years to go.

Cheng King Leung, acting head of the Hong Kong delegation, believes the next National Games would be a chance for Hong Kong's next generation.

"I'd say the youth of Hong Kong should participate in sports more often, and inherit the sportsmanship of the Chinese people," he said.

"I'm looking forward to meeting all of you at the next National Games," said Au Chi Kun, manager of the Macao track and field team. Enditem

Gabriel Avalos struck twice in the opening 24 minutes for the visitors before Gabriel Hauche pulled a goal back just after the half hour mark.。

Jonathan Zacaria equalized on the stroke of halftime before Malcom Braida completed a remarkable recovery with a 60th-minute winner.。

The result lifted Aldosivi to 15th in the 26-team standings, one point ahead of Argentinos Juniors, who occupy 17th place.。

In the only other Argentine top flight fixture on Monday, Banfield drew 0-0 at Newell's Old Boys. Enditem。