TIANJIN, Oct. 21 (Xinhua) -- Huo Qingshun is highly familiar with the Yangliuqing woodblock prints displayed in a gallery in north China's Tianjin Municipality, as he is not only an inheritor of the centuries-old craftsmanship but also knows very well morals of the stories described in the artworks.

The Yangliuqing woodblock painting was one of the most popular forms of New Year decorations in China, which flourished in Tianjin and the surrounding areas during a period between the late Ming Dynasty (1368-1644) and the early Qing Dynasty (1644-1911).

The printings contain abundant themes and content, especially traditional Chinese virtues such as filial piety, harmony and benevolence. Many of these stories described in these prints usually remain widely read and promoted in China today.

One idiom, named "Shan Zhen Wen Qin," tells that Huang Xiang, whose mother died when he was nine years old, did his best to take care of his father. During the hot summer, the young boy cooled his father's bed with a fan, and when the weather turned cold in winter, he warmed his father's quilts with his body.

When Huang grew up, he became a government official. He even gave everything he had, salary and property, to save people affected by floods.

Another printing, "Qi Guan Xun Mu," depicts that Zhu Shouchang of the Song Dynasty (960-1279) did not see his mother for 50 years as his father's first wife envied his mother and drove her out, when he was seven.

During the 50 years, Zhu missed his mother all the time and looked for her wherever he went. Zhu finally decided to give up his official position to search for his mother. After going through all the hardships, he finally found her when she was in her 70s.

"Those stories are among the 24 Filial Exemplars, a classic text of Confucian filial piety passing on since the Yuan Dynasty (1271-1368), showing the filial piety, a traditional virtue that has been highly valued by the Chinese by generations," Huo said.

"I was obsessed with my father's pictures since I was a child, and what attracted me more were the stories behind the pictures. I always looked forward to my father telling me," recalled Huo, who was born in 1950 and began to learn Yangliuqing woodblock prints from his father at the age of five.

"I gradually fully understood the profound meanings of the stories as I got older, which have also had a positive influence on my life," Huo said.

As an inheritor of Yangliuqing woodblock prints, Huo works with the gallery to pass on the craftsmanship.

"From Huo's introduction, I got to know the ancient artworks and the profound cultural connotations, which taught me to promote filial piety, respect and love my parents," said Peng Yudan, a visitor who visited the gallery.

As China has entered an aging society, the forms of filial piety are changing. Among some popular filial exemplars spreading on the Internet today, people are asked to call their parents every week, visit parents with their children often, buy insurance for parents, as well as teach parents to use computers or cellphones. Enditem 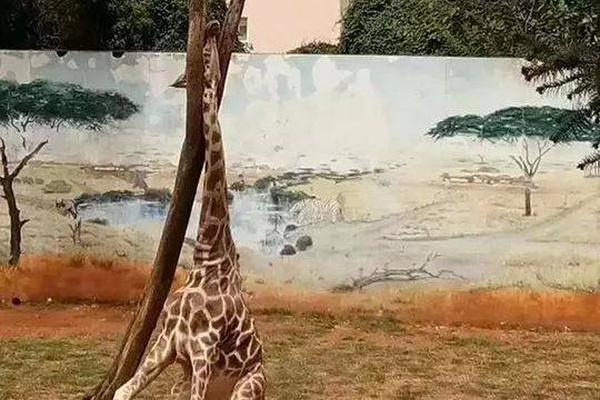 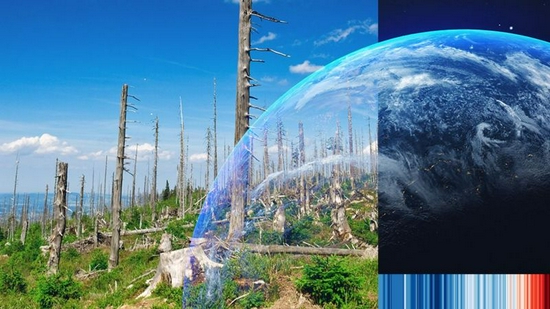 There are no simple solutions to complex problems like climate change. But there have been times in the past when the world has come together to try to fix an environmental crisis.

How did we deal with acid rain, for example, or the hole in the ozone layer? And are there lessons for tackling the bigger issue of global warming?

It's the 1980s, and fish are disappearing in rivers across Scandinavia. Trees in parts of the forests are stripped bare of leaves, and in North America some lakes are so devoid of life their waters turn an eerie translucent blue.

The cause: Clouds of sulphur dioxide from coal-burning power plants are travelling long distances in the air and falling back to Earth in the form of acidic rain. 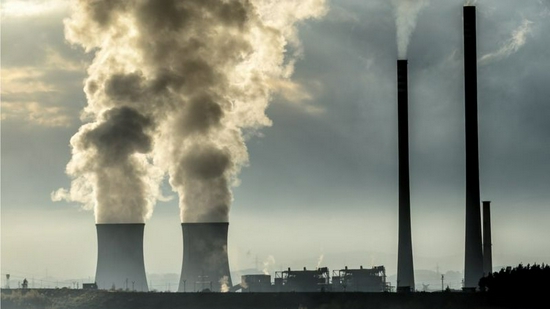 "In the '80s, essentially the message was that this was the largest environmental problem of all time," says Peringe Grennfelt, a Swedish scientist who played a key role in highlighting the dangers of acid rain.

Headlines warning of the threats of acid rain were commonplace. For years there had been obfuscation, denial and diplomatic stand-offs, but once the science was settled beyond doubt, calls for action quickly gathered momentum. It led to international agreements curbing the pollutants from burning fossil fuels that acidify rain.

Amendments to the Clean Air Act in the US saw the development of a cap and trade system, giving companies an incentive to reduce emissions of sulphur and nitrogen, and trade any excess allowances. Each year, the cap was ratcheted down until emissions dropped dramatically.

So did it work? Acid rain is now largely a thing of the past in Europe and North America, although it remains a problem elsewhere, particularly in Asia.

However, Canadian scientist John Smol, a young researcher back in the 1980s, says in many ways acid rain was a "success story", showing that countries can come together and deal with an international problem. "If you don't price pollution, people will pollute. We learned that for sure," he says.

In 1985, news of another looming environmental problem hit the headlines. Scientists from the British Antarctic Survey (BAS) alerted the world to a large and expanding hole in the ozone layer above the Antarctic. It was caused by the chlorofluorocarbons - greenhouse gases better known as CFCs - then used in aerosols and refrigerants.

"Suddenly it goes 'boom', and it drops really quickly," says BAS polar scientist Anna Jones, referring to the dramatic thinning of the band of gas that shields the planet from harmful UV rays.

Ozone over the Antarctic had been diminishing since the 1970s, but news the hole now covered the entire Antarctic continent triggered worldwide alarm. In 1987, world leaders signed the landmark Montreal Protocol, hailed as one of the most successful environmental treaties of all time.

Ozone-depleting chemicals were phased out, with industry switching to "CFC-free" aerosol cans that appealed to green consumers. "It was a global problem, but industry, the scientists, the policymakers came together," says Dr Jones. "They acted quickly; they acted with a mechanism that allowed continual tightening of that protocol. It's a very important template for how you can make things work."

Despite the success of the Montreal Protocol, there have been setbacks. It was discovered that hydrofluorocarbons (HFCs), developed as alternatives to ozone-depleting chemicals, were potent greenhouse gases.

And while the ozone hole is "on the road to recovery", ozone-depleting chemicals stay in the atmosphere for a long time, meaning repair is a long, slow process.

For decades we used leaded petrol as fuel - as companies added lead additives to help petrol burn more efficiently. Leaded petrol releases lead particles into vehicle exhausts that can be breathed in, causing a variety of health problems, including heart attacks, strokes and impaired mental development in children. 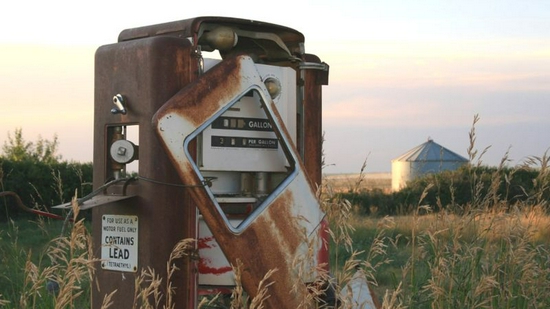 After a long battle between scientists, regulatory authorities and industry, a consensus around the health risks emerged, and rich nations banned leaded petrol from the 1980s onwards.

Use in developing countries lingered on, however, owing to the fuel being cheaper to produce than unleaded petrol. Following a long campaign by NGOs, industry groups and governments, under the umbrella of the United Nations Environment Programme (UNEP), the final drop of leaded petrol was pumped into a car's tank only months ago.

And while the world has officially eradicated leaded fuel, lead pollution lingers on in the environment in dust and soil, where it can persist for a long time.

With climate change dominating the news agenda, we hear very little nowadays about the likes of the ozone hole. Yet, there are parallels between these crises and the monumental one that is climate change.

For a long time, acid rain was a source of international conflict, with some denying its very existence and the fossil fuel industry pitted against environmentalists. Does that sound familiar?

According to Prof Smol, the debates and discussions over acid rain were training for the more complex issues of climate change. "The first lesson I learned was that we had to effectively communicate the results of our studies, not just to other scientists but to policymakers and the public at large," he says.

"If there is an information vacuum, it will be immediately filled by vested interest groups."

Prof Smol says the situation is even more complicated today, with the growth of social media and the spread of misinformation.

And the steps taken by the international community to reduce ozone-depleting chemicals show - on a smaller scale - the kind of co-operation that will be needed to tackle the warming world.

"The climate change problem is much more complicated to solve than the ozone problem because we don't have immediate alternatives to fossil fuels in the way that we had alternatives to CFCs," says Dr Jones. "But, that's not a reason for not doing something - the problem is too important, it's too big and they need to get on with it.

"When industry and governments have come together in the past they have solved a globally-threatening environmental problem - now they need to show they can do it again."

THE HAGUE, Oct. 24 (Xinhua) -- Five days after an emphatic 4-0 win over Borussia Dortmund in the Champions League, Ajax crushed national rivals PSV 5-0 in the Eredivisie on Sunday in Amsterdam.

Just one point behind Ajax in the standings, PSV had hopes of a good result in the Johan Cruyff Arena. PSV striker Carlos Vinicius had an early chance to open the scoring, but his free header went into the ground instead of the goal.

Then Ajax took control and Steven Berghuis finished a Dusan Tadic cross to make it 1-0 in the 19th minute. In the second half, Ajax cruised to a bigger margin.

Sebastien Haller headed in a cross by Tadic, Antony scored from close range from an assist by Haller, and substitute Davy Klaassen curled in the fourth goal. After a pass by substitute Perr Schuurs, Tadic scored the fifth goal, and his 100th in the Eredivisie.