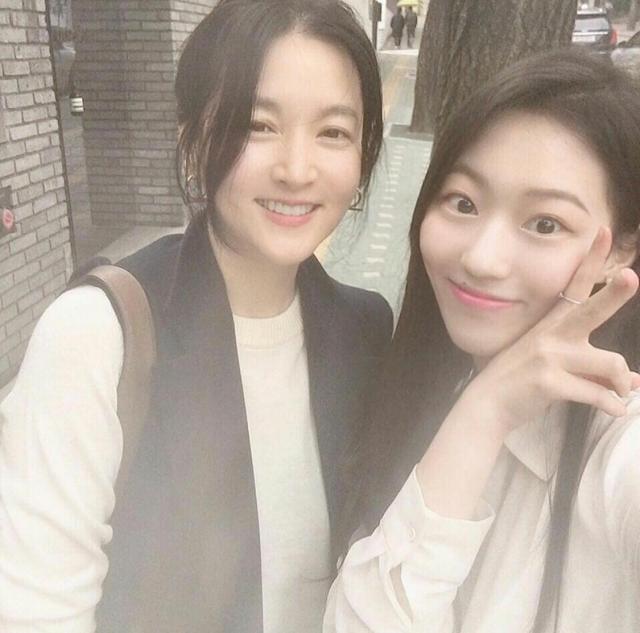 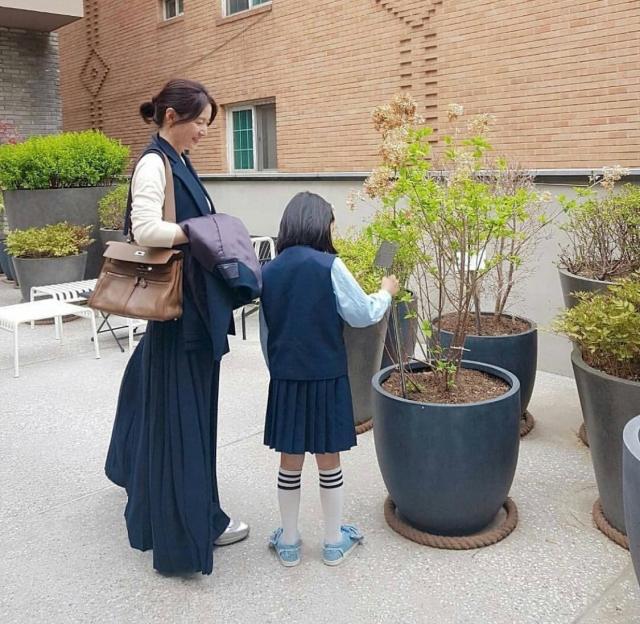 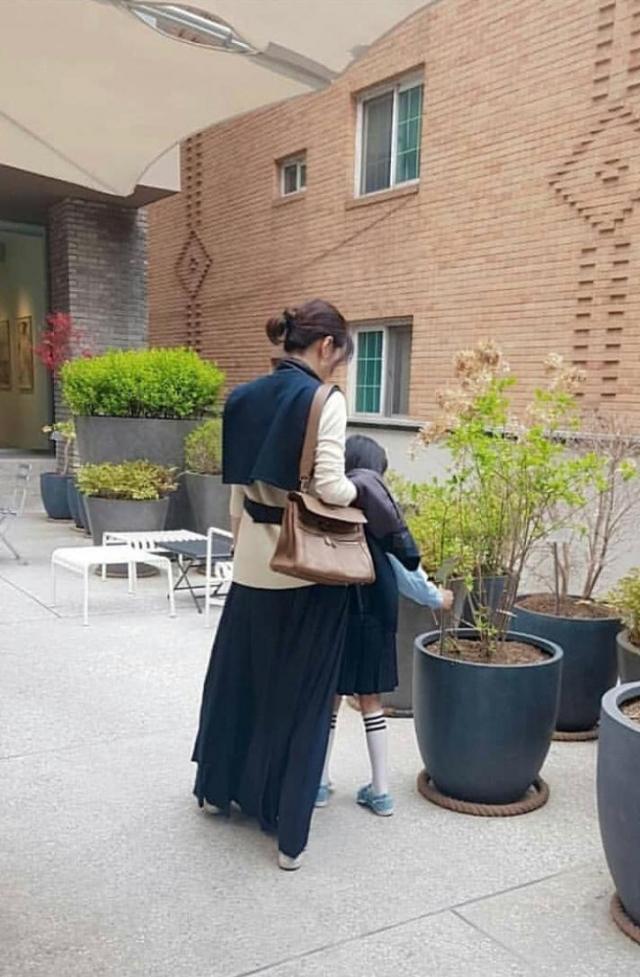 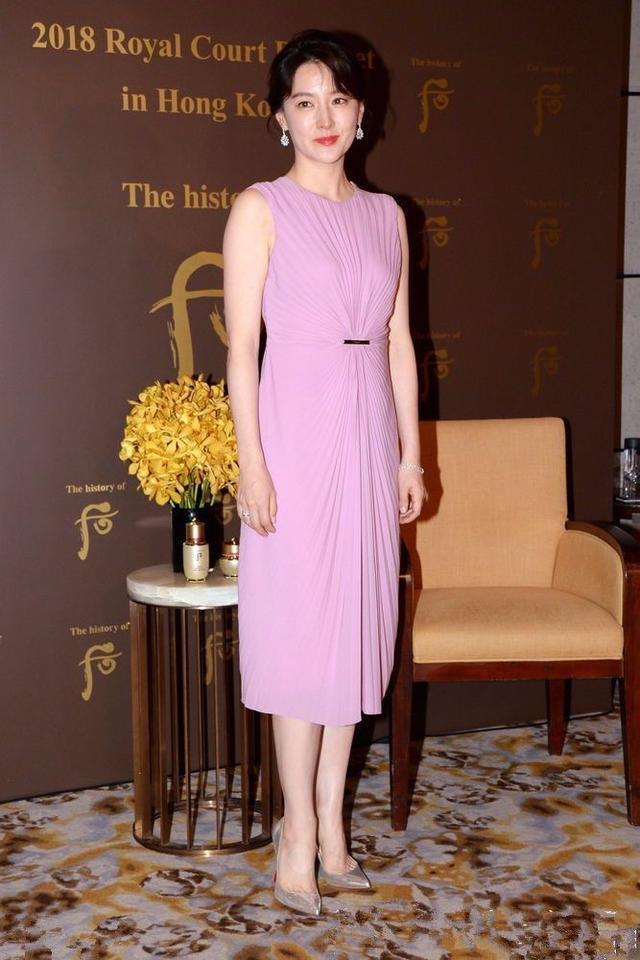 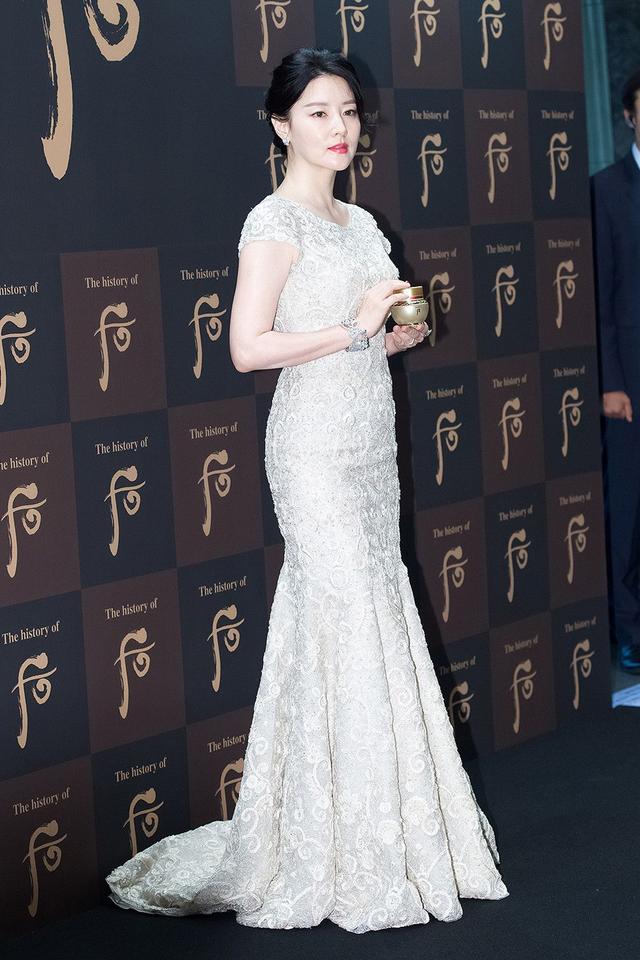 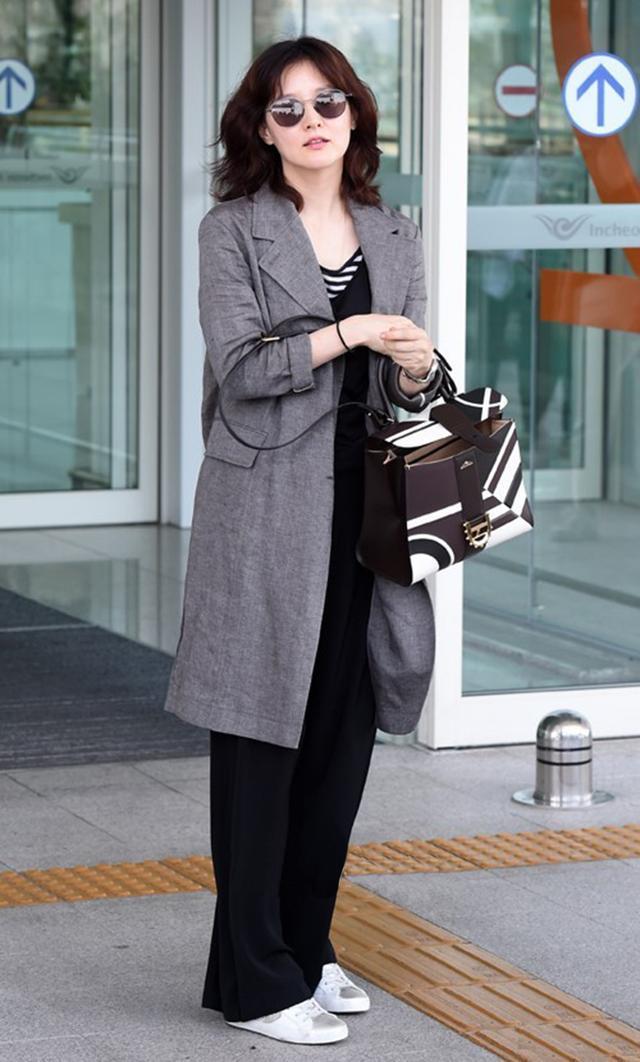 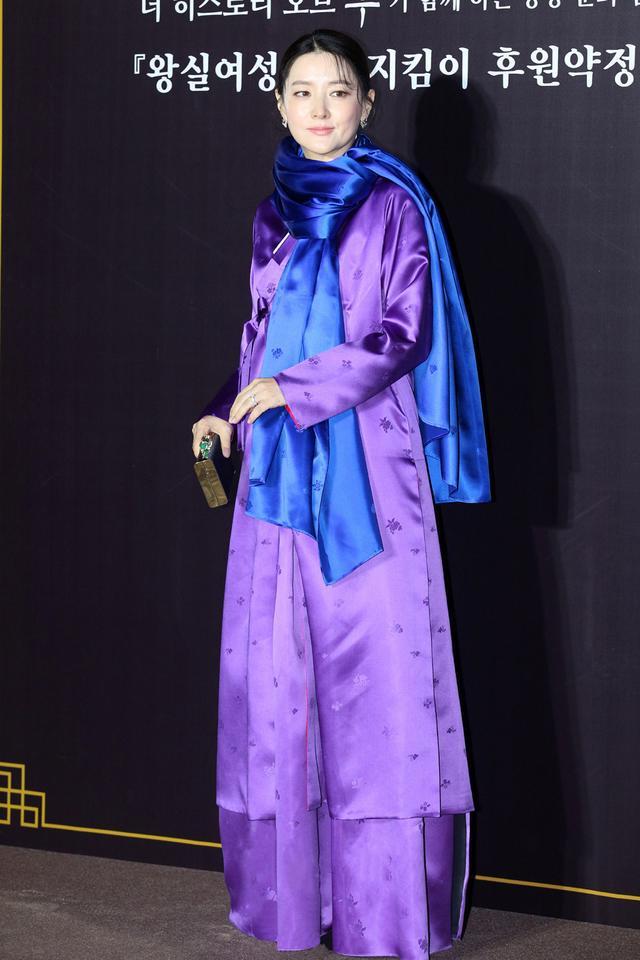 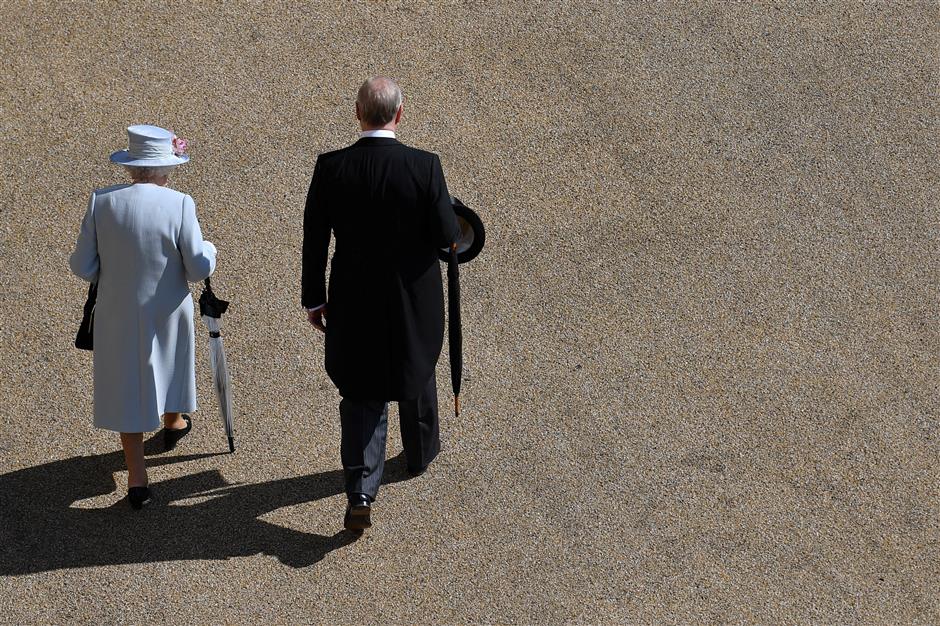 In this file photo taken on May 21, 2019, Britain's Queen Elizabeth II (left) and Prince Andrew, Duke of York, arrive for a garden party in the grounds of Buckingham Palace in central London.

Prince Andrew and his longtime accuser Virginia Giuffre have settled a sexual assault lawsuit for an undisclosed sum, a US court filing showed on Tuesday, sparing the disgraced British royal the public humiliation of a trial.

In a letter sent to a New York judge on behalf of both parties, Giuffre's lawyer David Boies wrote that they "have reached an out-of-court settlement," without revealing the financial terms.

As part of the agreement, the British royal will make a "substantial donation" to a charity established by Giuffre that supports sex-trafficking victims, Boies said.

Giuffre has said she had sex with Andrew when she was 17 and a minor under US law after meeting him through the late US financier Jeffrey Epstein, who committed suicide in prison while awaiting trial for sex crimes.

The prince has not been criminally charged and has denied the allegations.

The settlement means the civil case will not go to a jury trial. It also means Andrew, 61, will no longer be questioned under oath by Giuffre's lawyers, who had been due to travel to London next month.

Boies said in the document filed in a Manhattan court that the respective parties would file a stipulation dismissing the case within 30 days upon "receipt of the settlement."

The letter makes no mention of Giuffre's accusations. Neither does it admit any guilt on behalf of Andrew or refer to the repeated denials he has made.

It said that Andrew "regrets his association with Epstein, and commends the bravery of Ms Giuffre and other survivors in standing up for themselves and others."

"Prince Andrew has never intended to malign Ms Giuffre's character, and he accepts that she has suffered both as an established victim of abuse and as a result of unfair public attacks.

"He pledges to demonstrate his regret for his association with Epstein by supporting the fight against the evils of sex trafficking, and by supporting its victims," the letter added.

The controversy has embarrassed the British monarchy and overshadowed Queen Elizabeth II's Platinum Jubilee year in which she marks 70 years on the throne.

Last month, Andrew was stripped of his honorary military titles and charitable roles after US judge Lewis Kaplan denied his plea to dismiss Giuffre's case.

Former prosecutor-turned-law professor Bennett Gershman said the settlement was "very good news" for Andrew because it gets him out of testifying while not having to acknowledge any improper conduct toward Giuffre.

"His relief must be palpable," Gershman told AFP.

Lawyer Lisa Bloom, who represents eight of Epstein's victims, hailed the settlement as a "victory" for Giuffre, however.

"She has accomplished what no one else could: getting Prince Andrew to stop his nonsense and side with sexual abuse victims," Bloom tweeted.

Giuffre, now 38, alleged that Andrew sexually assaulted her at the London home of socialite and Epstein friend Ghislaine Maxwell after a night out dancing in March 2001.

She sued the prince last year for unspecified damages under New York's Child Victims' Act, alleging that she was trafficked to him by Epstein and Maxwell.

In December, Maxwell was convicted of recruiting and grooming young girls to be sexually abused by Epstein, exposing a murky world of sex trafficking among the rich and powerful.

As well as the London allegations, Giuffre also said Andrew assaulted her at Epstein's home in New York, and on Epstein's private island in the US Virgin Islands.

Epstein, 66, was a high-profile financier who befriended countless celebrities.

His death in a Manhattan jail in August 2019 was ruled a suicide by New York's chief medical examiner but sparked conspiracy theories that he had been killed to protect wealthy associates.

Andrew, Queen Elizabeth II's second son, withdrew from public life as a royal in 2019 after a widely ridiculed BBC interview where he defended his relationship with Epstein and sought to vindicate himself of Giuffre's accusation.

The conciliatory language in Tuesday's statement was in stark contrast to October, when Andrew's lawyers accused Giuffre of seeking to profit from a "baseless lawsuit."

A spokesperson for Andrew said he would not be commenting beyond the court documents.

The 29-year-old has not represented the Selecao since October last year because of a left knee injury that twice required surgery.

He has made just seven starts for Barcelona across all competitions this season.

"He's a midfielder who creates things, a great player regaining his form," Tite told a news conference on Friday.

Liverpool forward Roberto Firmino also returned to the squad after recovering from a hamstring injury.

But there was no place for 21-year-old attacker Vinicius Junior, despite his impressive form for Real Madrid this season.

Everton forward Richarlison was also left out as he returns to full fitness following a knee injury.

Following is the Brazil squad: 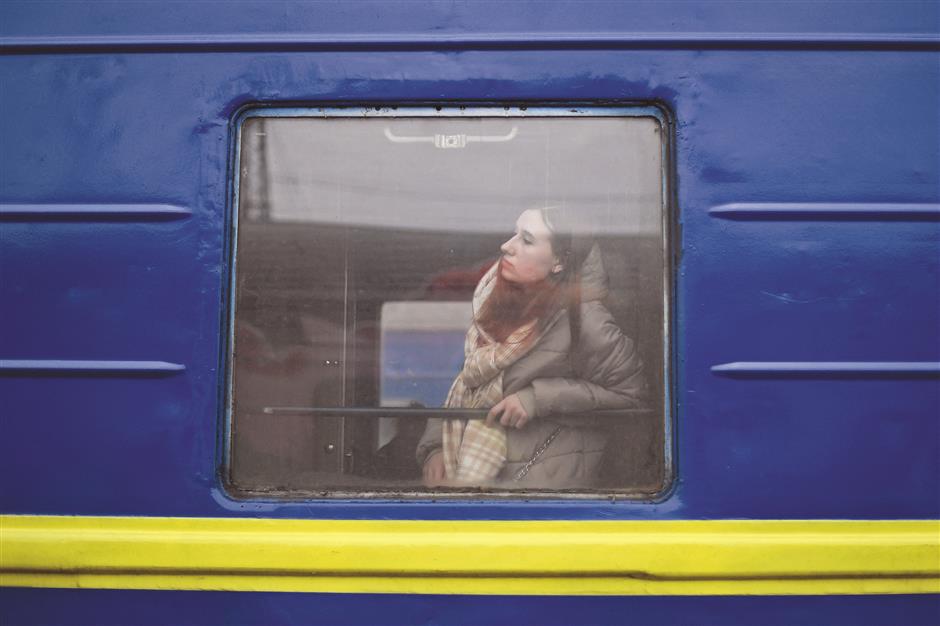 A woman arriving from Odessa looks out from a carriage window at a train station in Lviv, western Ukraine, yesterday as she prepares to continue her journey to Slovakia.

Syrian refugee Ahmad al-Hariri, who fled the war in his country for neighboring Lebanon 10 years ago, has spent the last decade hoping in vain to escape to a new life in Europe.

Watching European nations open their arms to hundreds of thousands of Ukrainians in less than a week, the father of three can't help but compare their fates.

"We are wondering, why are Ukrainians welcome in all countries while we, Syrian refugees, are still in tents and remain under the snow, facing death, and no one is looking to us?" he said in a refugee center where 25 families are sheltered on the edge of the Mediterranean port city of Sidon.

In the Arab world, where 12 million Syrians have been uprooted by war, critics ranging from Hariri to activists and cartoonists contrast the Western reaction to the refugee crisis triggered by the conflict in Ukraine with the way Europe sought to hold back Syrian and other refugees in 2015.

Some recalled images of refugees walking for days in harsh weather, or losing lives in perilous sea crossings as they tried to breach Europe's borders.

On Monday, four days after Russia launched its attack, the European Union said at least 400,000 refugees had entered the bloc from Ukraine, which has land borders with four EU states.

Millions more are expected and the EU is preparing measures which would offer temporary residence permits as well as access to employment and social welfare – a swift opening of its doors at odds with its response to wars in Syria and elsewhere.

By early 2021, 10 years after Syria's conflict erupted, EU states had taken in 1 million Syrian refugees and asylum seekers, of which Germany alone took more than half. Most arrived before a 2016 deal in which the EU paid billions of euros for Turkey to continue hosting 3.7 million Syrians.

This time the welcome has been immediate.

"We have here not the refugee wave which we are accustomed to and we do not know what to do with – people with an unclear past," Bulgaria's Prime Minister Kiril Petkov said, describing Ukrainians as intelligent, educated and highly qualified.

"These are Europeans whose airport has just been bombed, who are under fire," he said. Bulgaria has said it will help everyone coming from Ukraine, where there are about 250,000 ethnic Bulgarians. Last year 3,800 Syrians sought protection in Bulgaria and 1,850 were granted refugee or humanitarian status. Syrians say most refugees only pass through Bulgaria to wealthier EU states.

Poland's government, which came under heavy international criticism last year for pushing back against a wave of immigrants crossing over from Belarus, mostly from the Middle East and Africa, has welcomed those fleeing the Ukraine war.

In Hungary, which built a barrier along its southern border to prevent a repeat of the 2015 influx of people from the Middle East and Asia, the arrival of refugees from neighboring Ukraine has triggered an outpouring of support and offers of transport, short-term accommodation, clothes and food.

Hungary and Poland both say that refugees from the Middle East who arrive at their borders have already crossed other safe countries which have a duty to provide shelter.

"I must reject drawing comparisons between those fleeing war and those trying to get into the country illegally," he told a United Nations meeting in Geneva.

The welcome has been eased by the fact that Ukraine is home to a large ethnic Hungarian community. Ties like those have led some Western journalists to suggest the humanitarian disaster in Ukraine is different to Syria, Iraq or Afghanistan, because Europeans relate more closely to the victims.